Yes Virginia, The Houses That Sears Built has been reprinted!

It’s now available through Amazon for a limited time. And with free shipping.

If you’re interested in a signed copy, look for “RoseThornFL” at Amazon (third party vendor sale). Click here for the linkie.

This book has been out of print for several years, and I was motivated to reprint it after I found that it was being marketed as a rare book with prices exceeding $200 per copy – unsigned!

After my first marriage ended in 2002, this book brought me so many blessings, and it enabled me to support myself financially for several years. More than financially, this book took me places that I had never before dreamed of, and healed my heavy heart. Walking away from a marriage after 24 years is harder than hell, and at times, I suffered from depression. But this book kept me going.

I spent four years writing this book and while I was doing the research, too many people told me that it was a waste of time. The amount of criticism I received was staggering. And yet, I persisted because I also had many cheerleaders urging me to get it done!

Within weeks of the book’s publication, I was interviewed as “the expert” on Sears Homes by the New York Times, and that article appeared on the front page of the Sunday Real Estate section. Days later, someone called me from PBS and said, “We’re putting together a new show called ‘History Detectives.’ Would you like to be on the show?”

And that’s when the doors really started to open for me.

In those first years, I sold more than 15,000 copies of this self-published tome, and every one of those 15,000 copies passed through my hands in some fashion. In those days, I earned my income a little bit at a time (the cost of the book), and I was supremely grateful for every dollar that someone placed in my hand.

More recently, it pained me to see this book being offered for many many times its original value. One day, I saw someone had listed it for $450 (with my signature).

This is your opportunity to get a copy of the book, and if you decide to resell it later for $200, I guess that’s okay, but I am hoping that you’re buying it for you or a loved one. 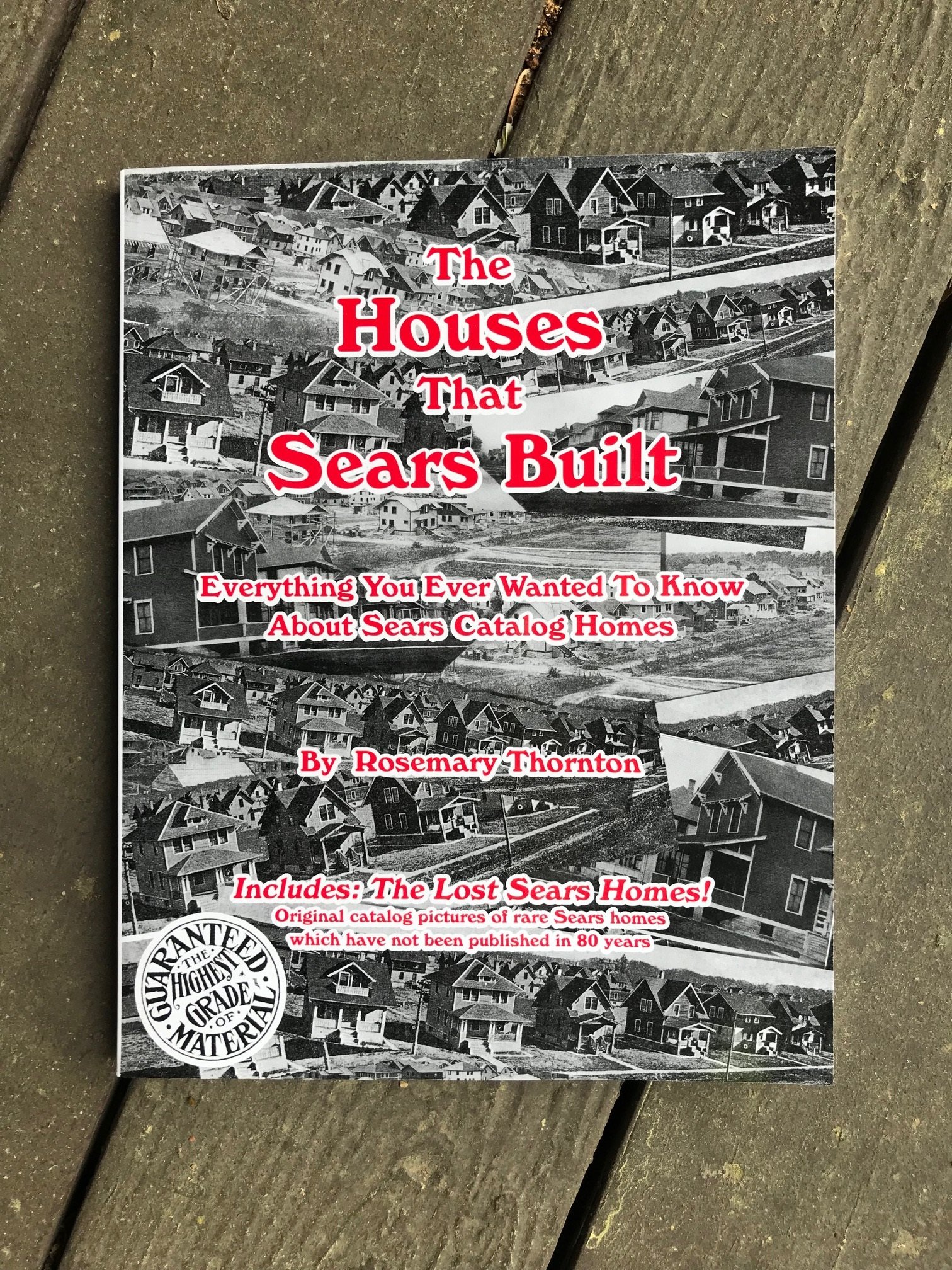 The Houses That Sears Built was first published in 2002. This is the 2nd edition (which was completed in 2004). This current reprint (limited edition) was done in 2022. Each copy will be signed by the author (that’d be me). 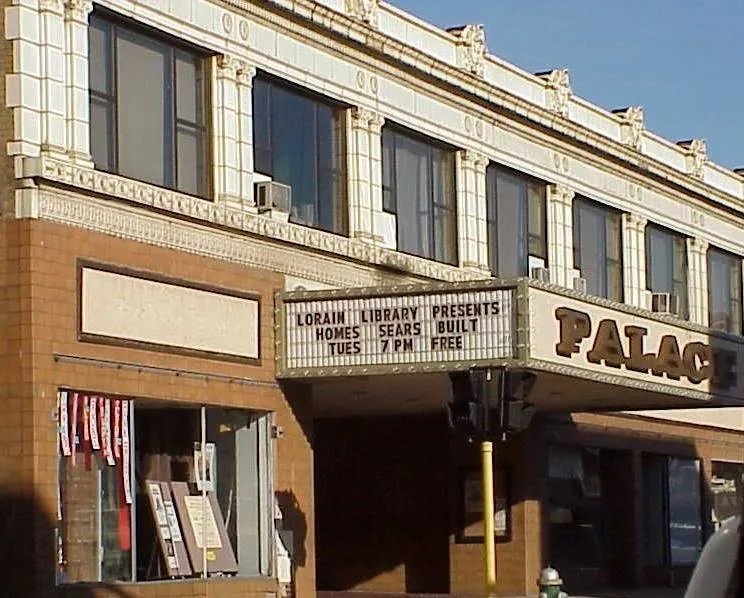 One of the happiest days of my professional life was seeing my name “in lights” at a restored theater in Lorain, Ohio! 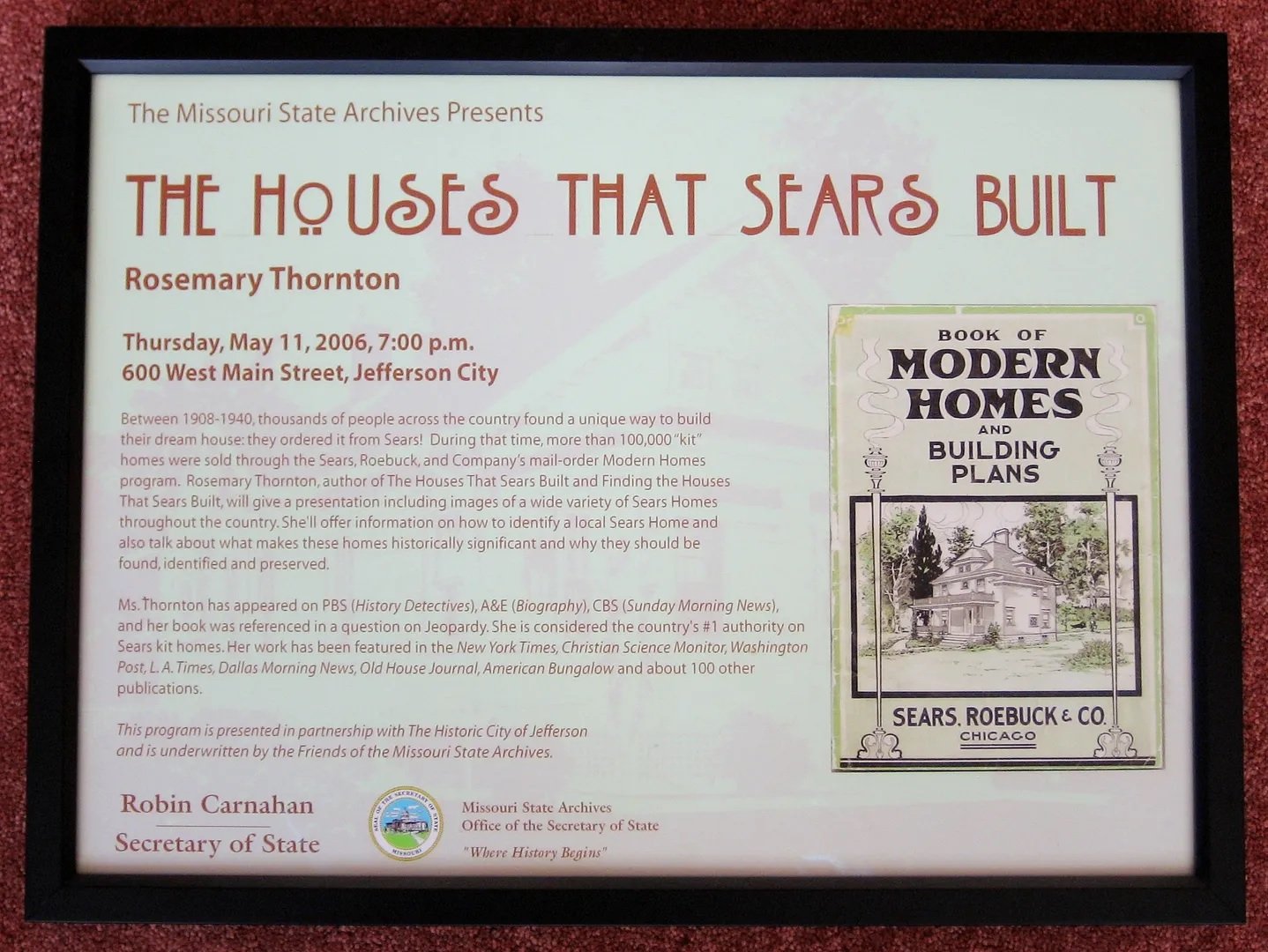 This was a talk that I gave in Jefferson City. My second husband had this promotional poster framed because it was the night of that event that we had our first phone call (after meeting online). We talked for three hours that night, and made arrangements to meet when I was in town. For many years, he’d always say, “I don’t like talking on the phone but I didn’t want that phone call to end. I knew that you were very special.” We were engaged eight weeks after that first date. It’s been six years since his death and I’m finally able to think about the good that was in our relationship. I always thought that he was the love of my life. I suppose that will always be the case. Hard to top that one.