The last few months have been a bit stressful for me, so as a “treat” to myself, I visited Jacksonville, Florida to see Sears Modern Home #179, owned by the Lugeanbeals. They purchased the house about 30 years ago, and discovered that it was a Sears kit home about 10 years after they bought it.

The Lugeanbeals and I first connected in June 2013, when the local paper did a story on the Sears Homes of Jacksonville. When the reporter contacted me for a few quotes, I told her, “I’d sure like to see a picture of this ‘Sears House’ before you print the story. Modern Home #179 is an exceedingly rare model, and I have never seen one.”

The picture arrived soon thereafter and I was duly impressed. Right there, in Sunny Florida, was a perfect Sears Modern Home #179. It was eight years before I made it to the front porch of that house, but I finally got there last weekend. Sitting in one of the rocking chairs on that beautiful porch was a slice of heaven.

Arriving in Jacksonville felt a lot like “coming home.” I was born and raised in Portsmouth, Virginia and the two towns have much in common. Meeting the Lugeanbeals was also a special treat. They welcomed me with open arms, and even invited me to stay the night at their home. It was one of the best days I’ve had in some time. They were so kind to me.

While in town, Tami and George drove me around town and we found a total of 13 kit homes, but they were not all from Sears. Several were from Aladdin, another prominent company in the early 20th Century kit-home business.

All in all, we found 13 kit homes, so Jacksonville does have a few! The Lugeanbeals tell me that we covered maybe 25% of Jacksonville’s early 20th Century neighborhoods. I’d love to return soon and do a more thorough survey.

Enjoy the pictures below, and please contact me at magnolia2047@gmail.com if you know of other kit homes in the area. 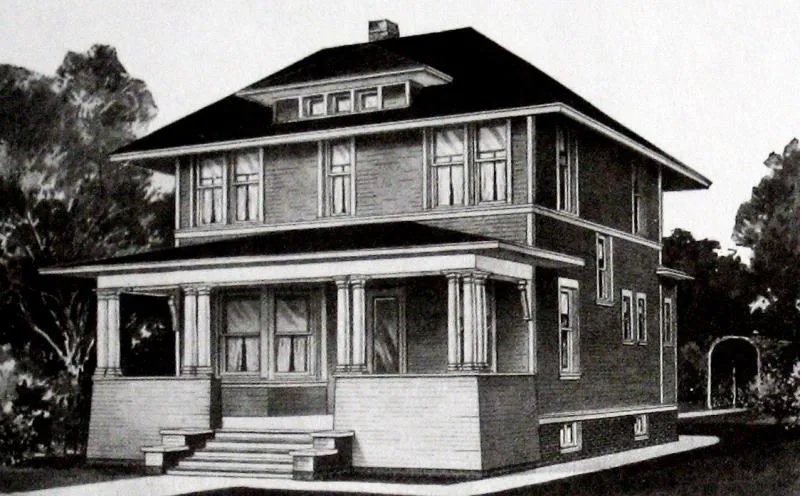 This is Modern Home #179, the house that turned my attention to Jacksonville, Florida. In all my travels, I’ve only see ONE and that’s in Jacksonville. 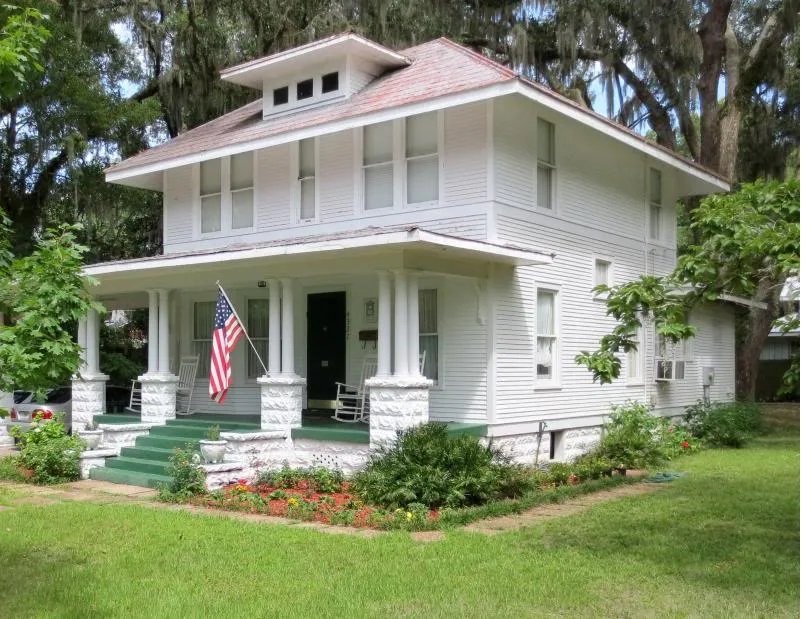 Here’s the Lugeanbeal’s beautiful home in Jacksonville. Photo is copyright 2021 George Lugeanbeal and may not be reproduced without permission. 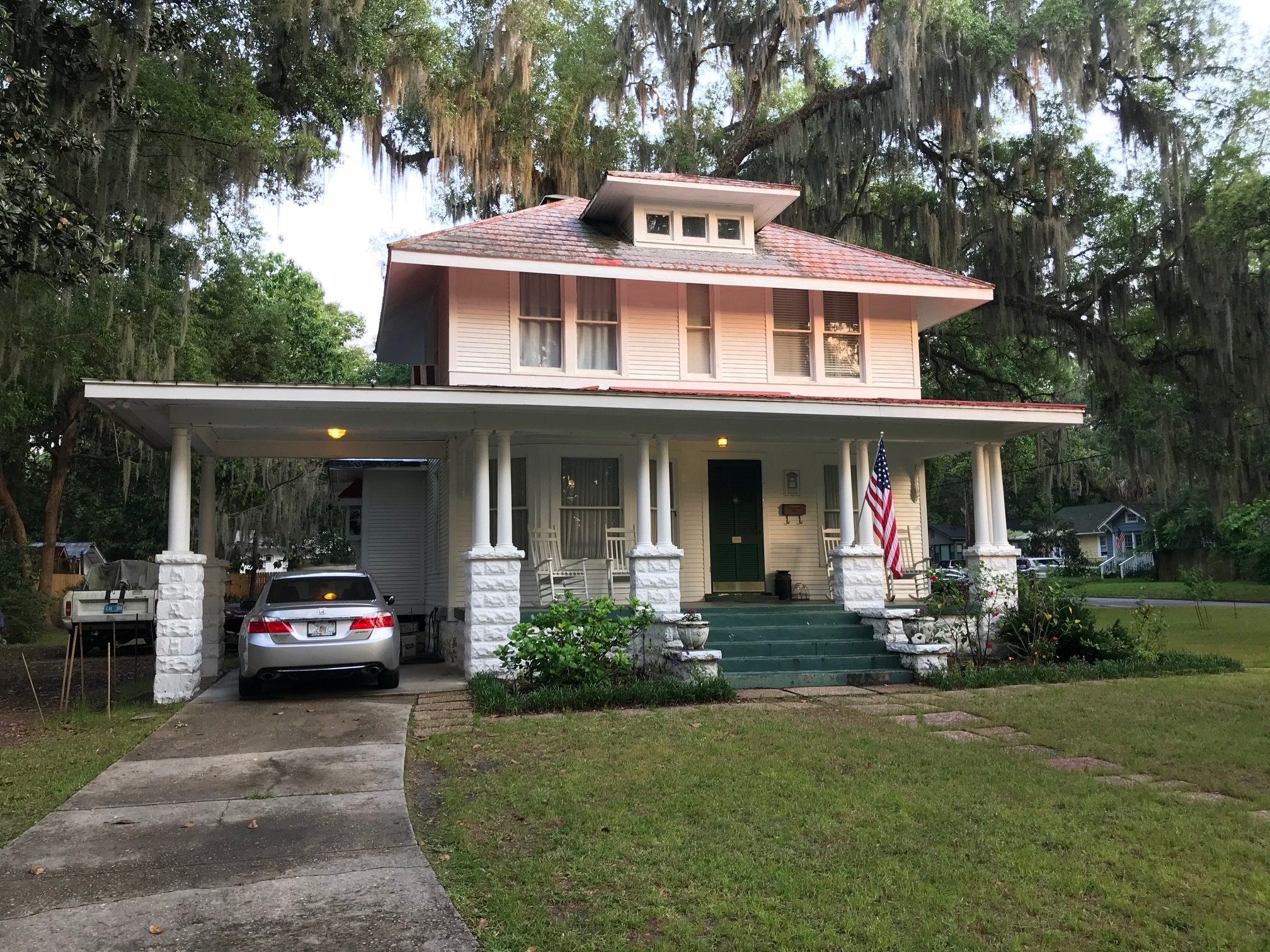 This is the picture that I took! And that’s the porch where I got to “sit a spell” and admire the beautiful sunset. This house has been beautifully restored and it is a true “restoration.” George and Tami have put their heart and soul into saving this old house. As I told them, it’s one of the finest restorations that I have ever seen. 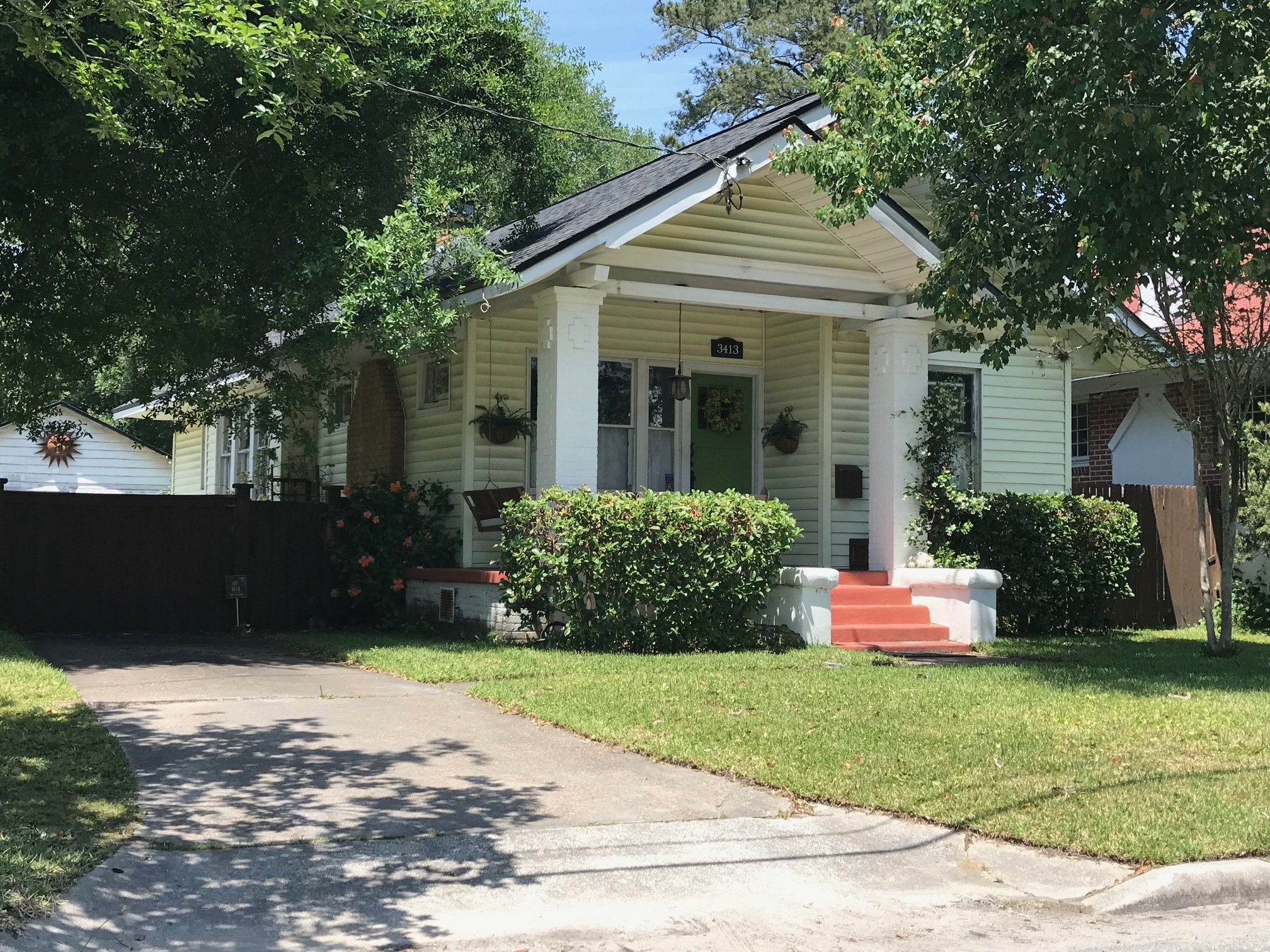 One of the best finds was this Sears “Argyle.” It’s in beautifully original condition, and has its original siding (which makes it easier to identify). 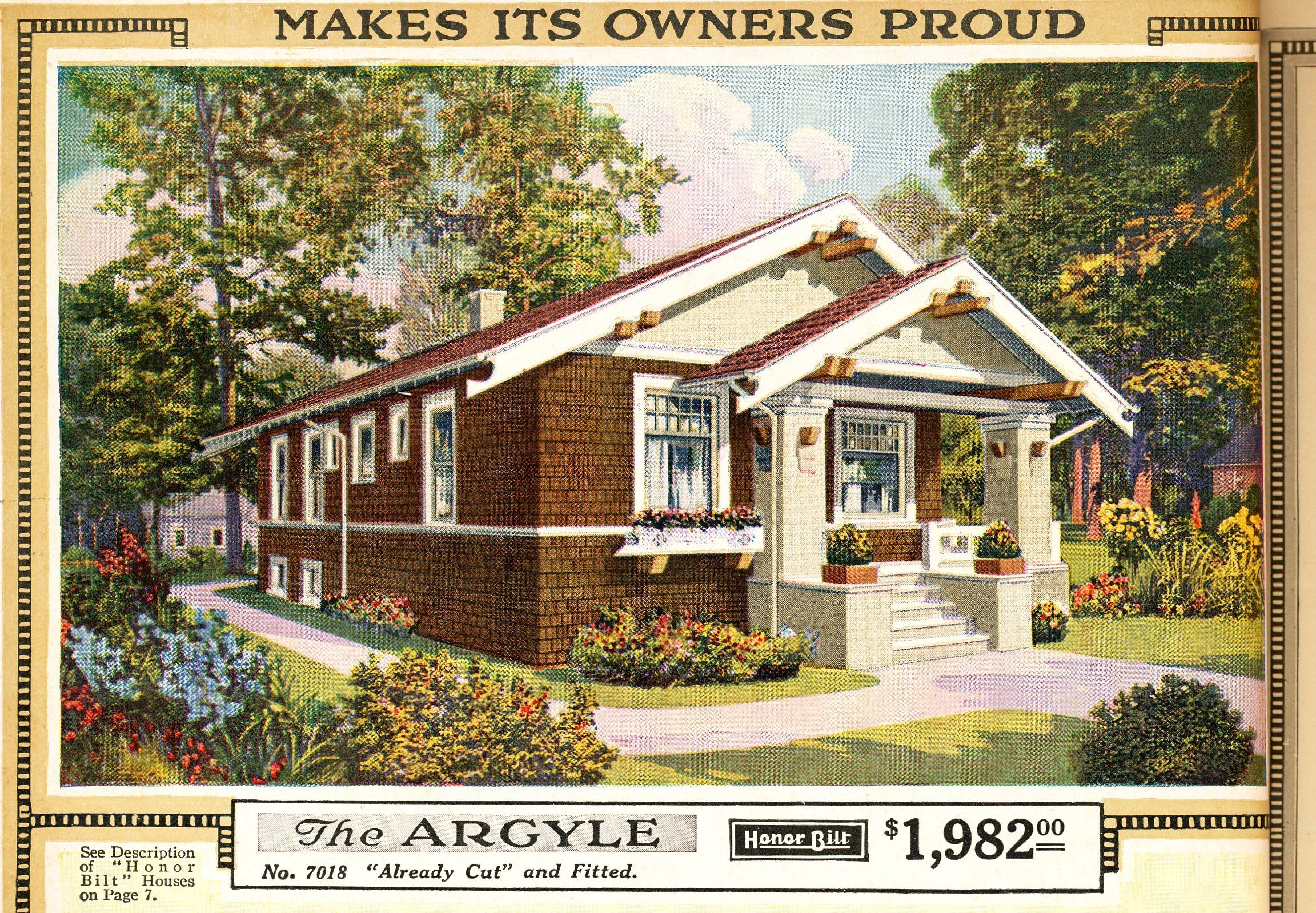 The subject house in Jacksonville is a spot-on match to its original catalog image. Check out the details around the front porch. They’re perfect! 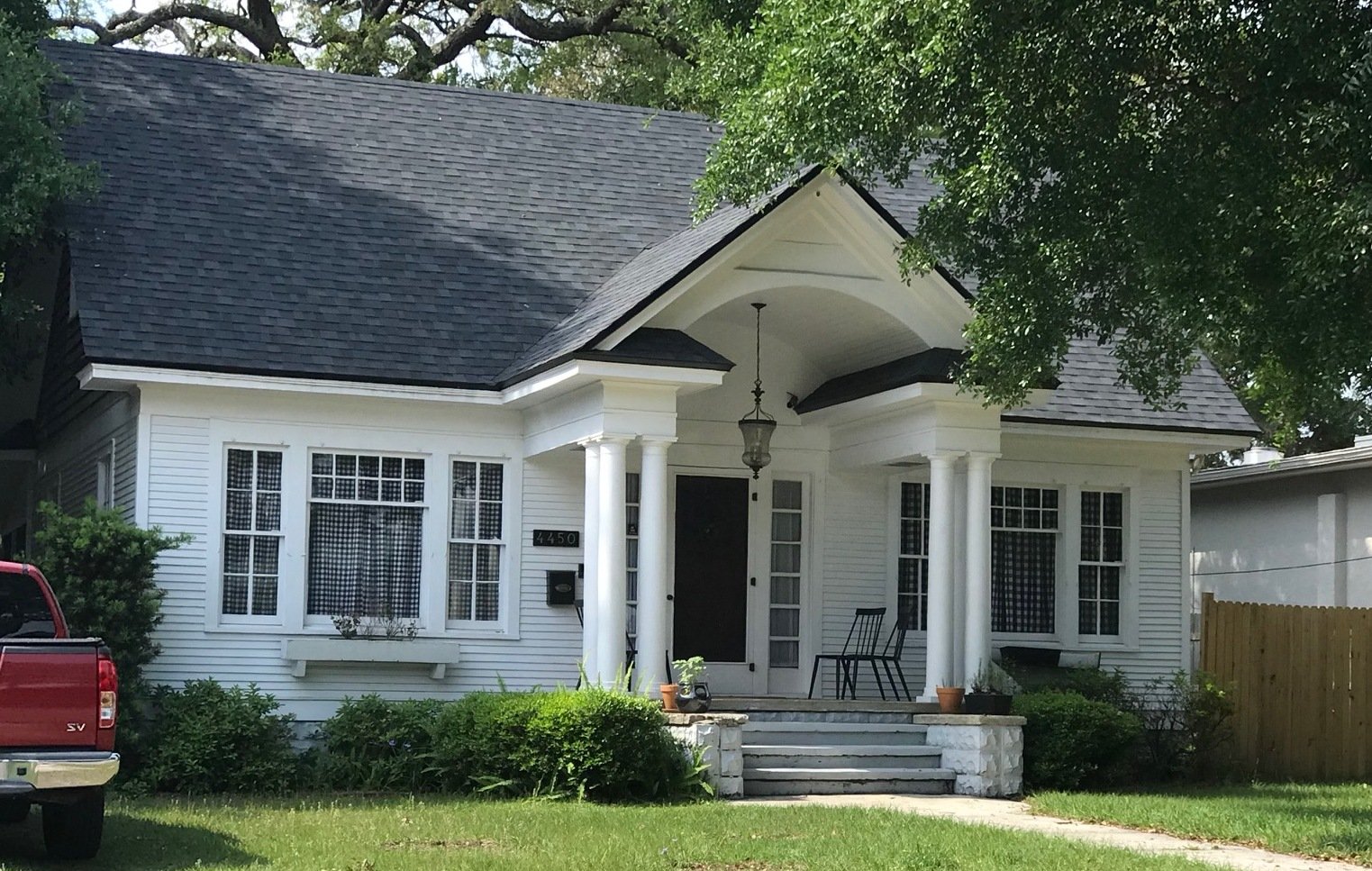 According to newspaper articles, local historians had identified three known Sears Homes in Jacksonville, and this Crescent was one of them. The interesting thing is, the roof on this is “lifted” or much more steeply pitched than the original Crescent. Most likely, this modification was done when the house was built and it was a common “upgrade.” and created more room on the 2nd floor. The higher pitch of the primary roof is reflected in the porch roof, which is also lifted. There’s a Sears Crescent in Alton, IL (near my home in SW Illinois) that is the identical twin to this house with its super-steep roof line. 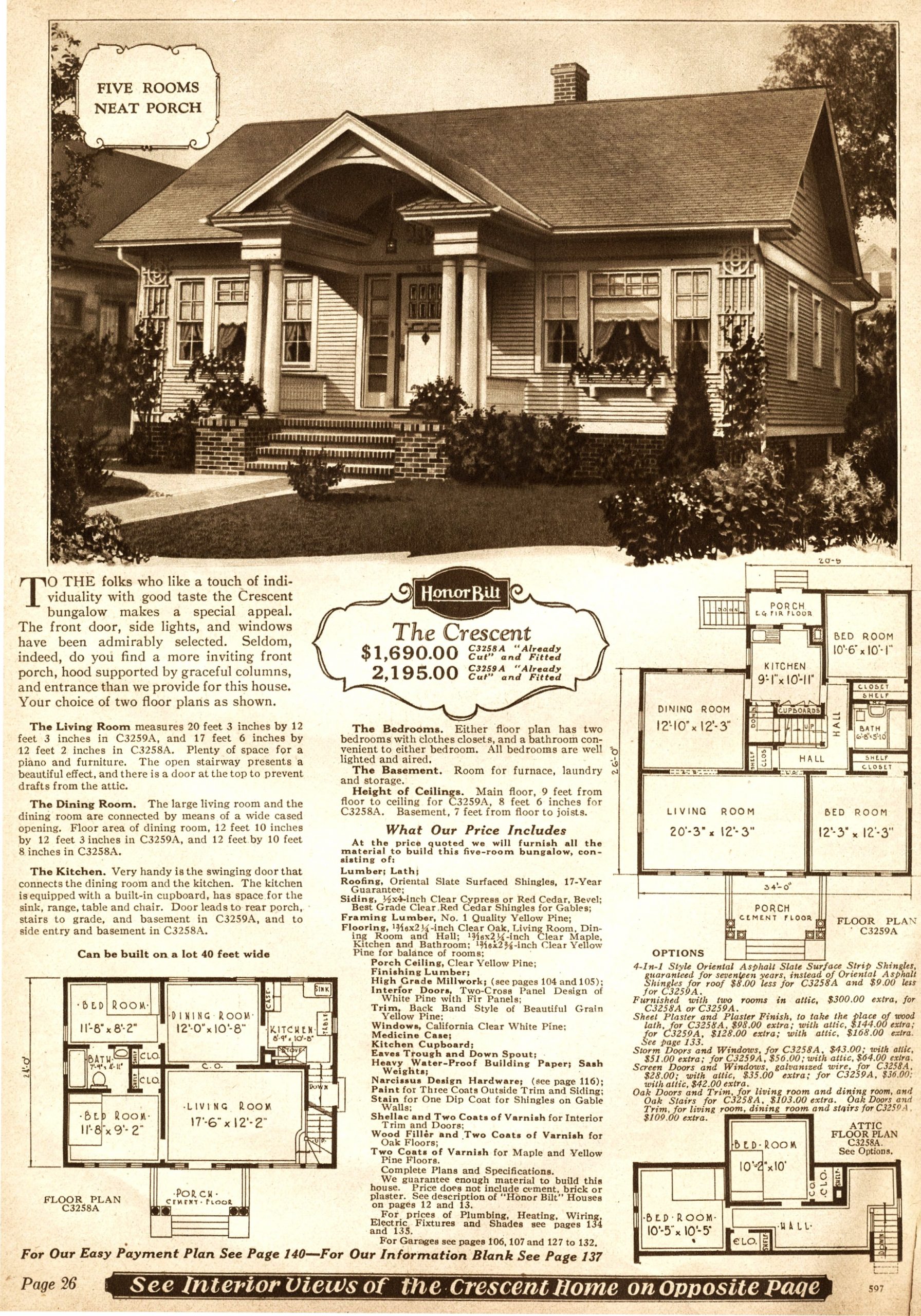 The Crescent (1928 catalog) as offered had a much shallower roof. 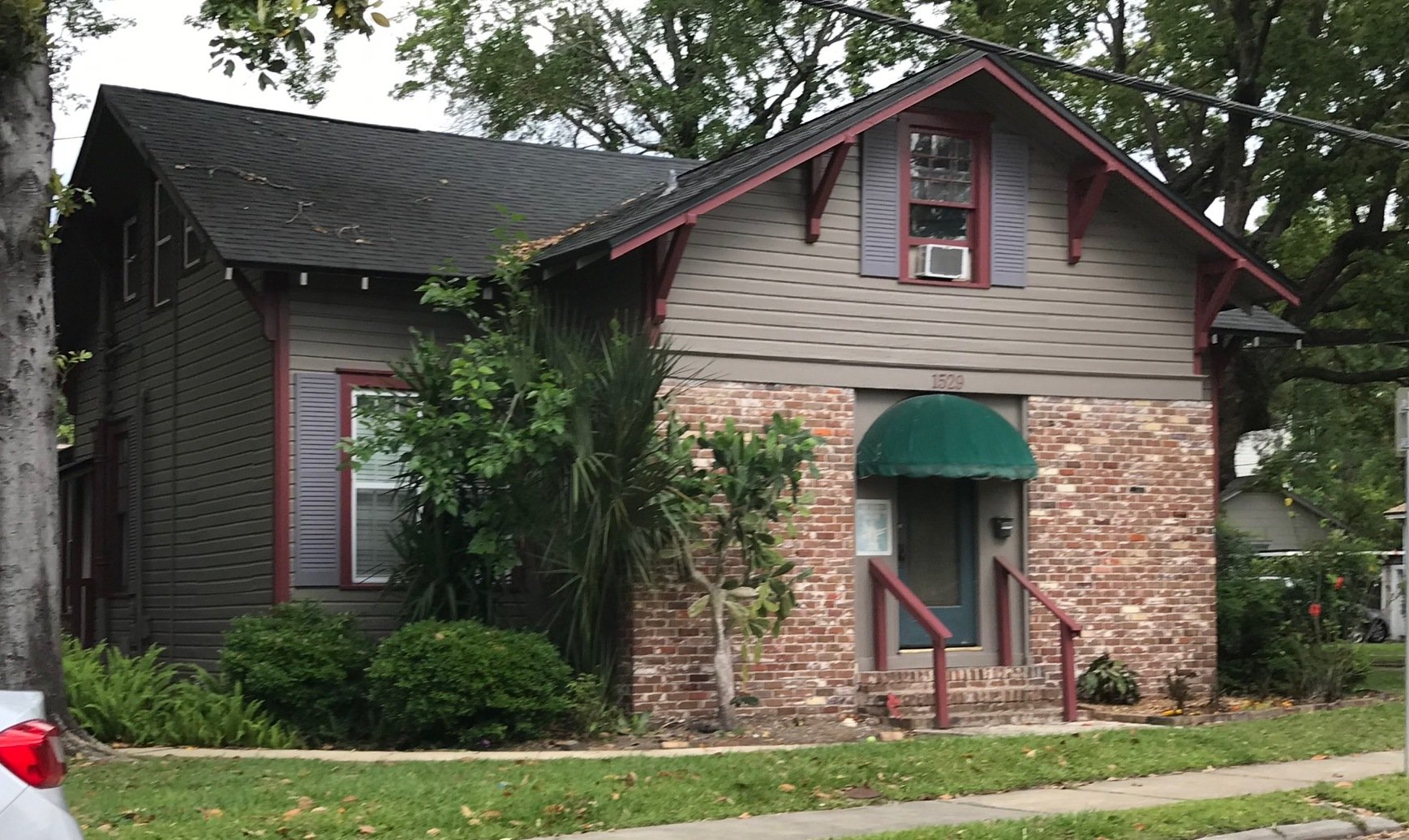 Is this a Sears Conway? I spent so much time sitting in front of this house, I was concerned that someone would call the cops. It was recently offered for sale, so I’ve also studied the online listing. Bear in mind, this is a “windshield survey” so I can’t be 100% certain, but I’d say that I am 83.47% certain that this is a Sears Conway but as with the “Crescent,” it has that lifted roof. That doesn’t concern me too much (as far as identification) because this was a common modification. 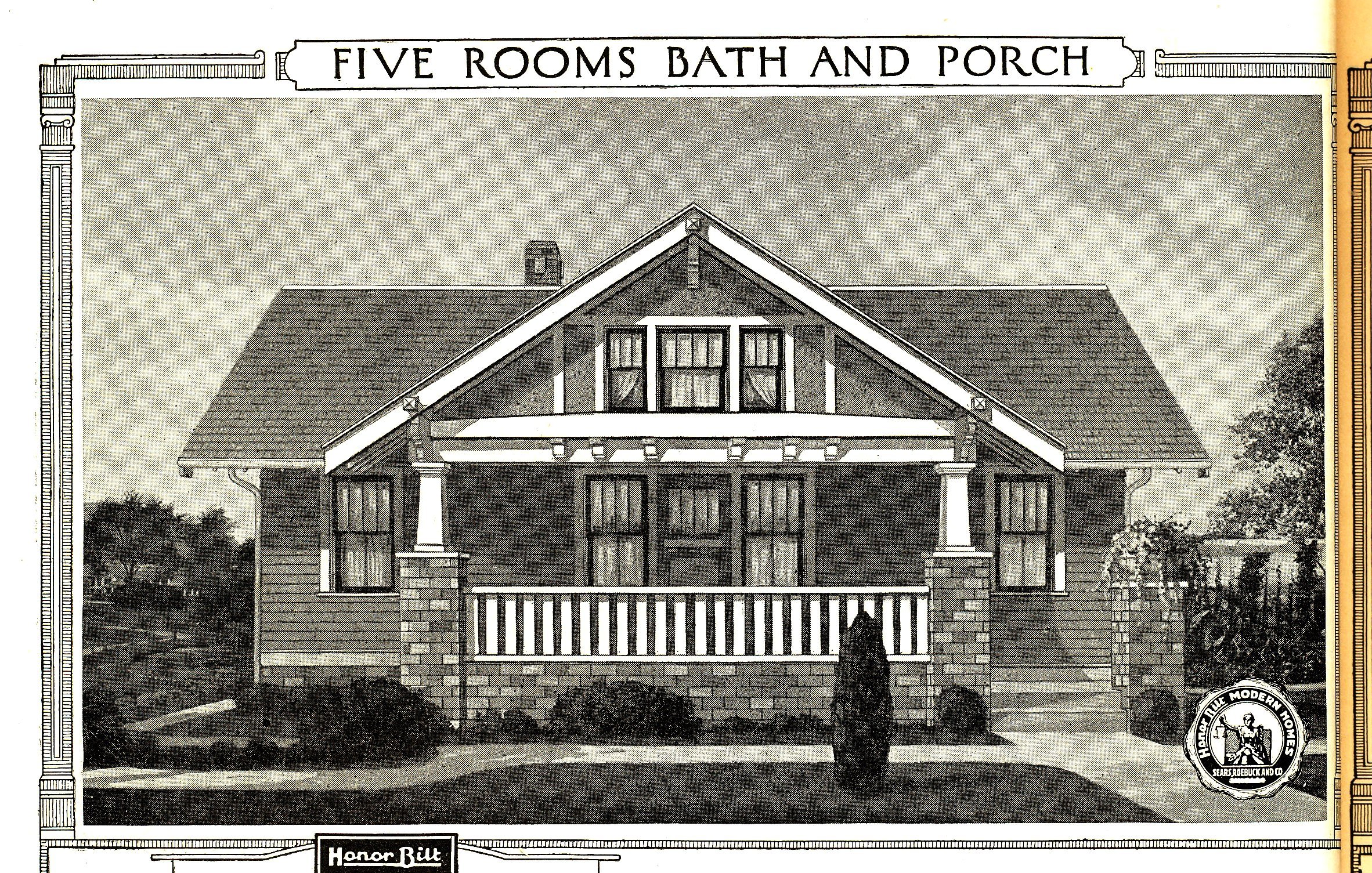 The Sears Conway was a very popular house. The model in Jacksonville had been subjected to multiple “improvements” through the years. Of all the houses I saw in Jacksonville, this is the “lone wolf” that I am just not certain about. 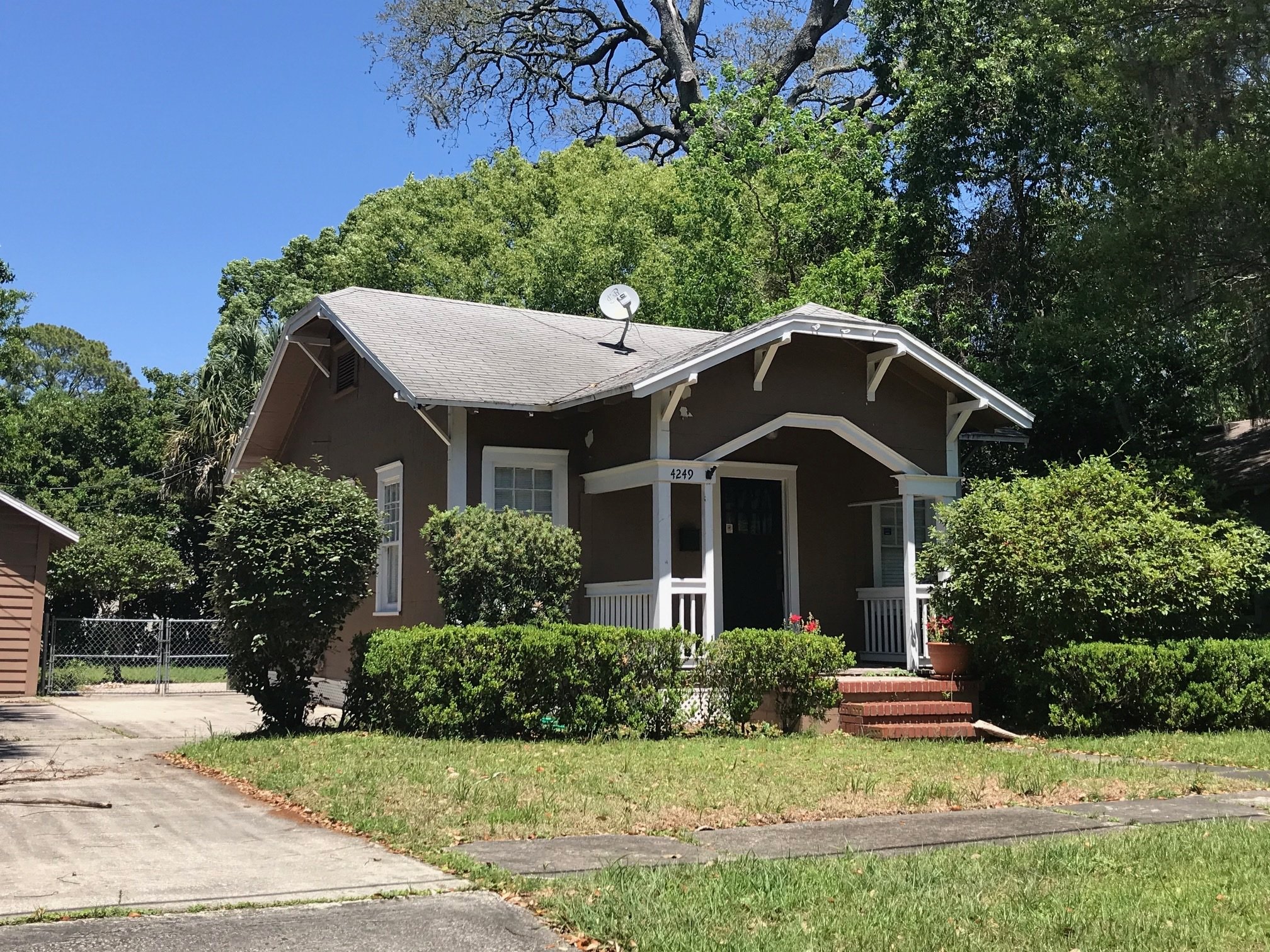 This sweet little Rodessa (Sears House) was one of my favorite finds. As with the other houses, it also features the lifted roof. The porch on that Rodessa makes it easy to identify. 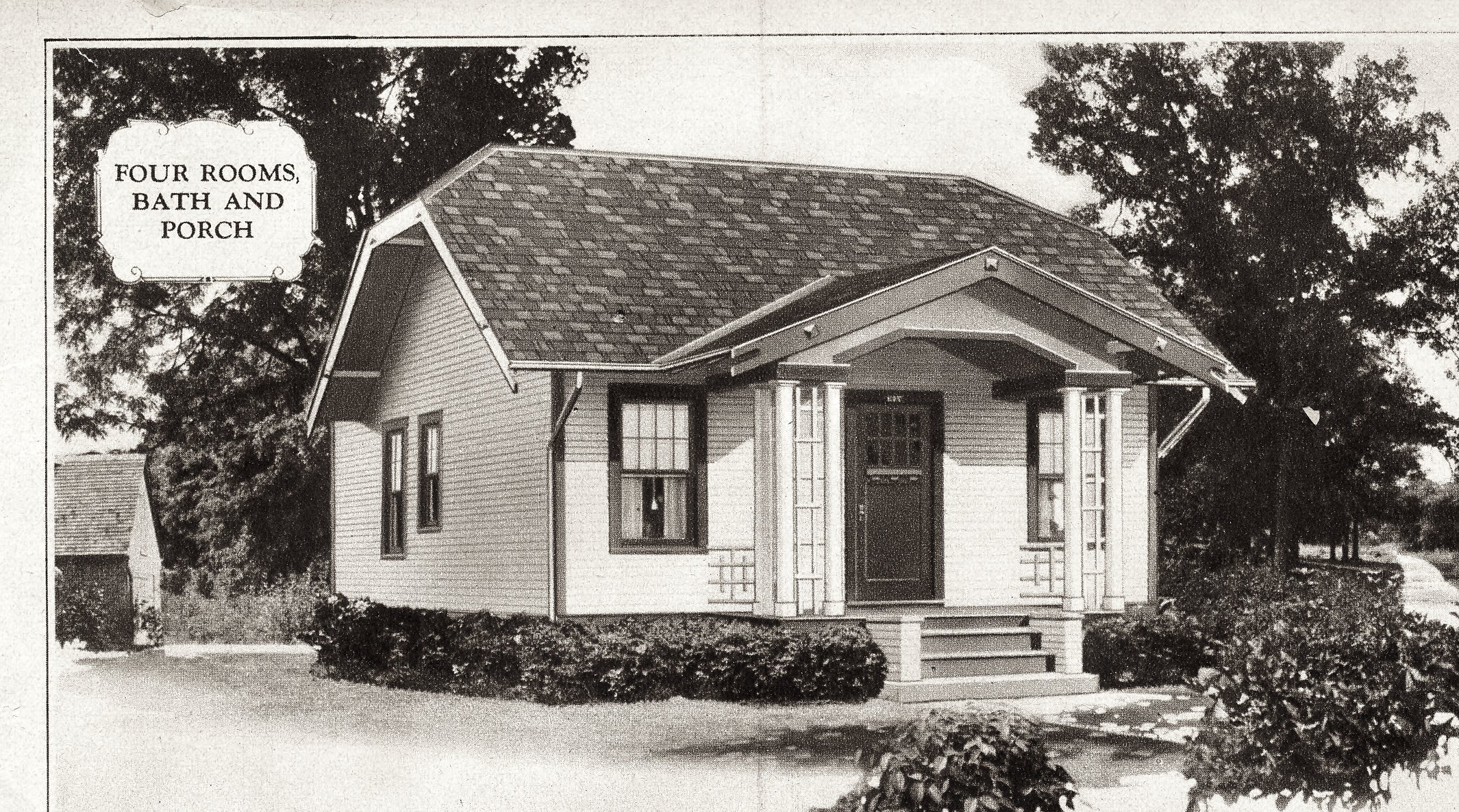 This darling little house has a low roof, but if you “lift” the roof, the house in Jacksonville is a perfect match, right down to the off-center front door. 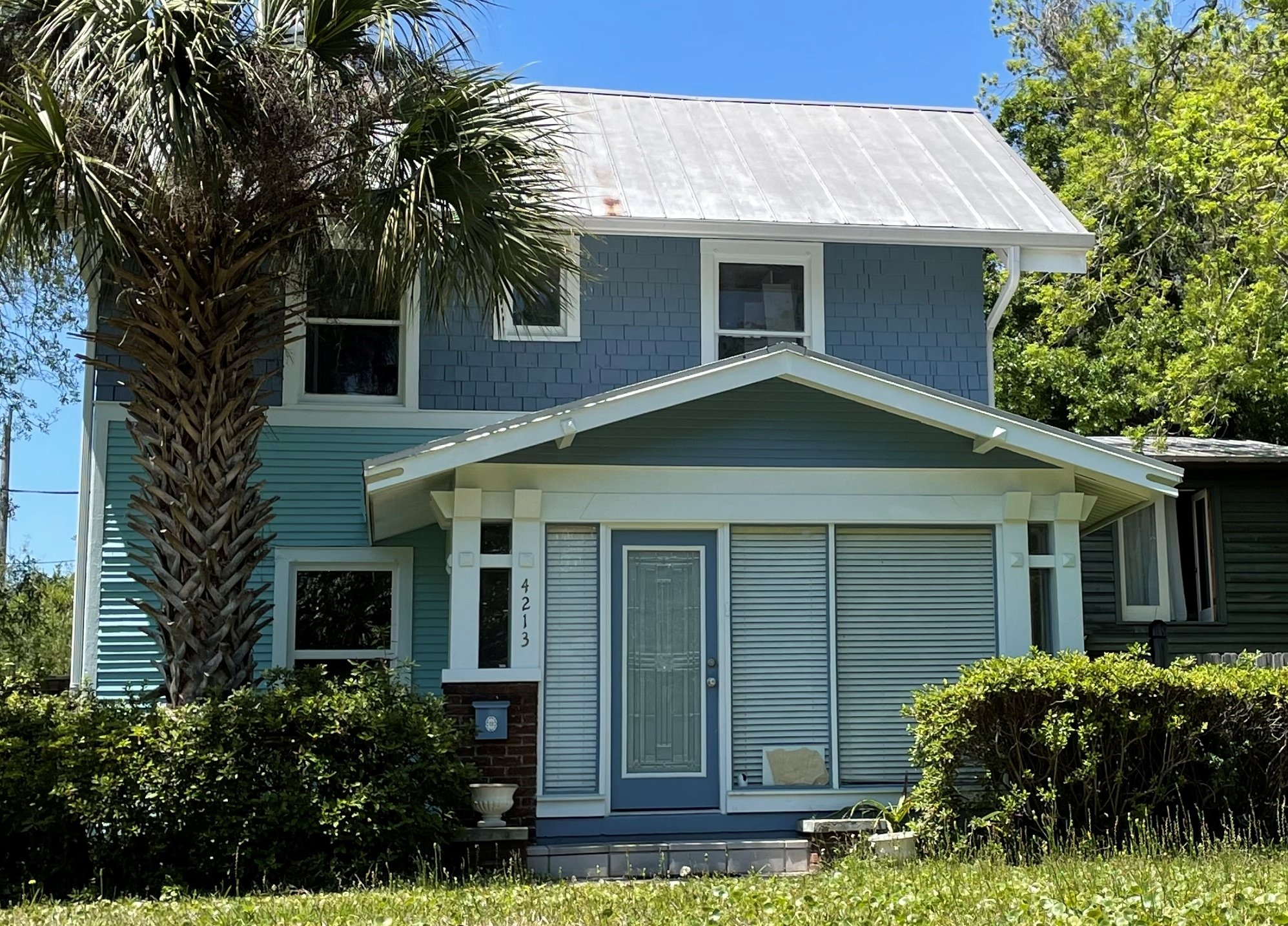 If a mother is allowed to have favorites, this was my favorite find of the day. It’s a Sear Paloma and I had never seen one “in real life.” After we got back to the Lugeanbeal’s home, we found that this was one of the three Sears Homes identified in that article from 2013. 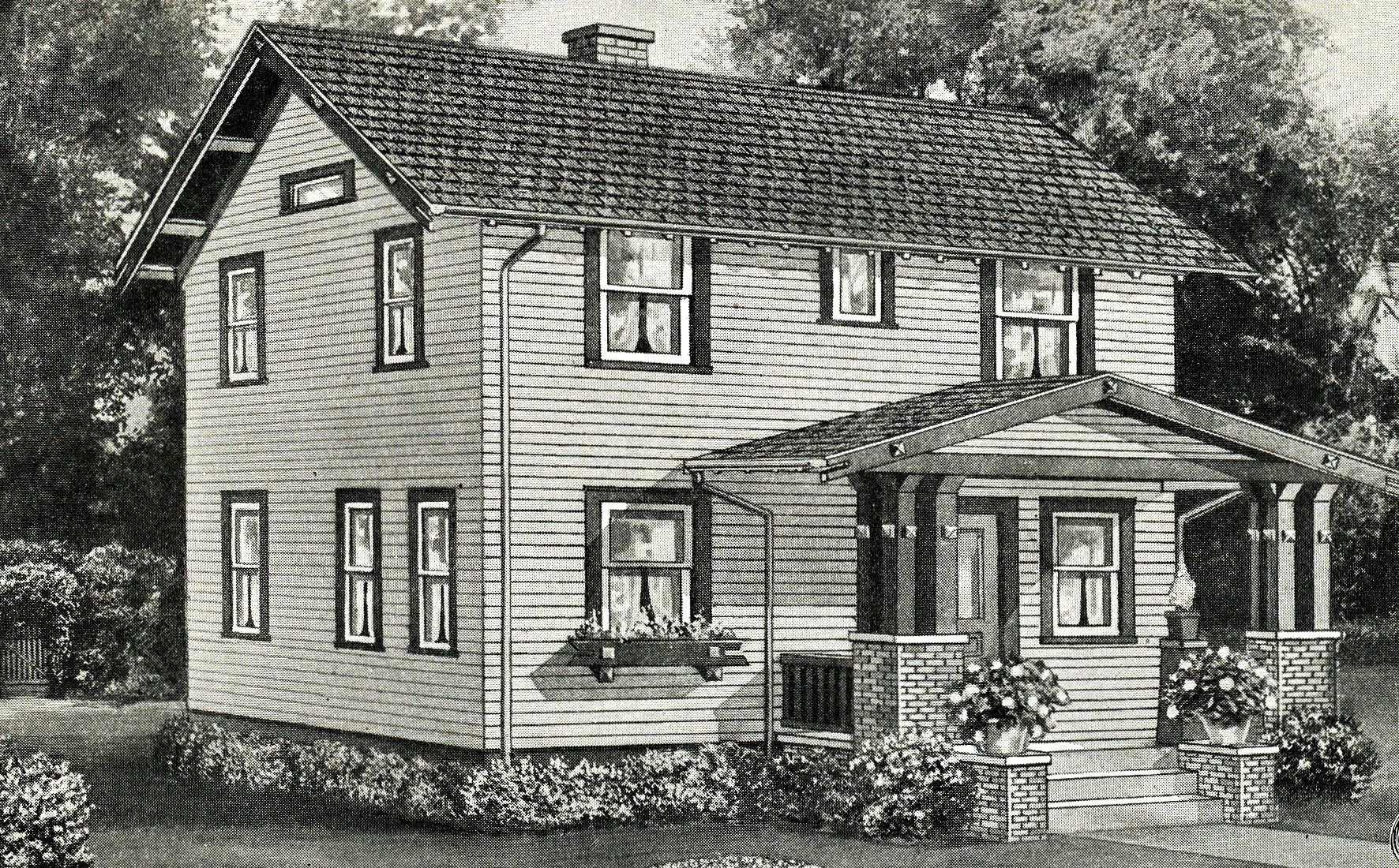 Although not easily discerned from the original line drawing, the small window on the 2nd floor is off center in the Paloma. The only Paloma that I ever came across was one that Donna Bakker found many years ago (in Ohio). 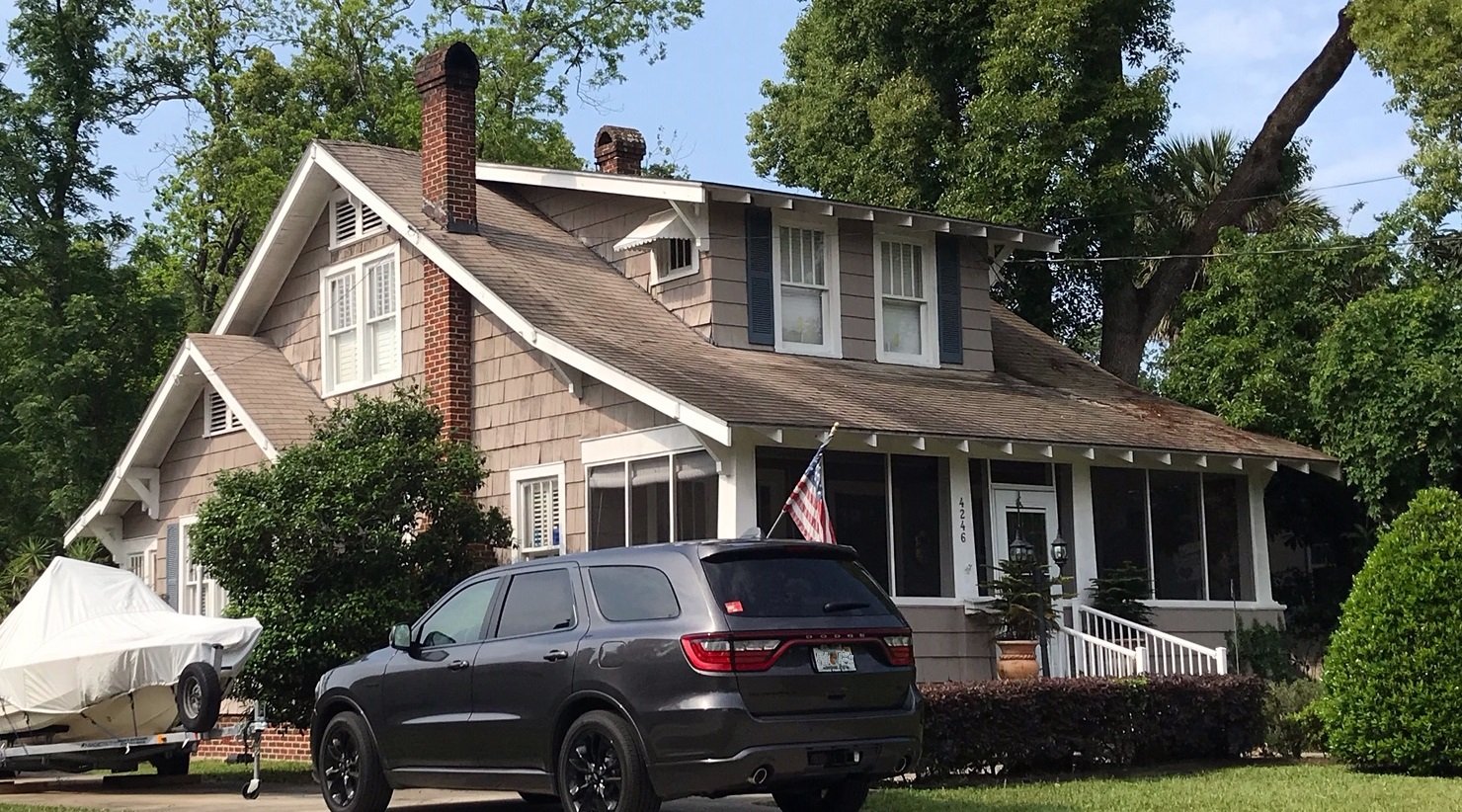 Now, let’s talk about Aladdin. Like Sears, Aladdin sold their kit homes through a mail-order catalog. Sears started offering kit homes in 1908, but Aladdin actually began two years earlier in 1906. Sears was gone by 1940, but Aladdin continued offering their houses until 1981. Here’s an Aladdin Marsden, in very nice original condition. We also found a Marsden in another section of town, but it had been turned into a four-unit apartment building. 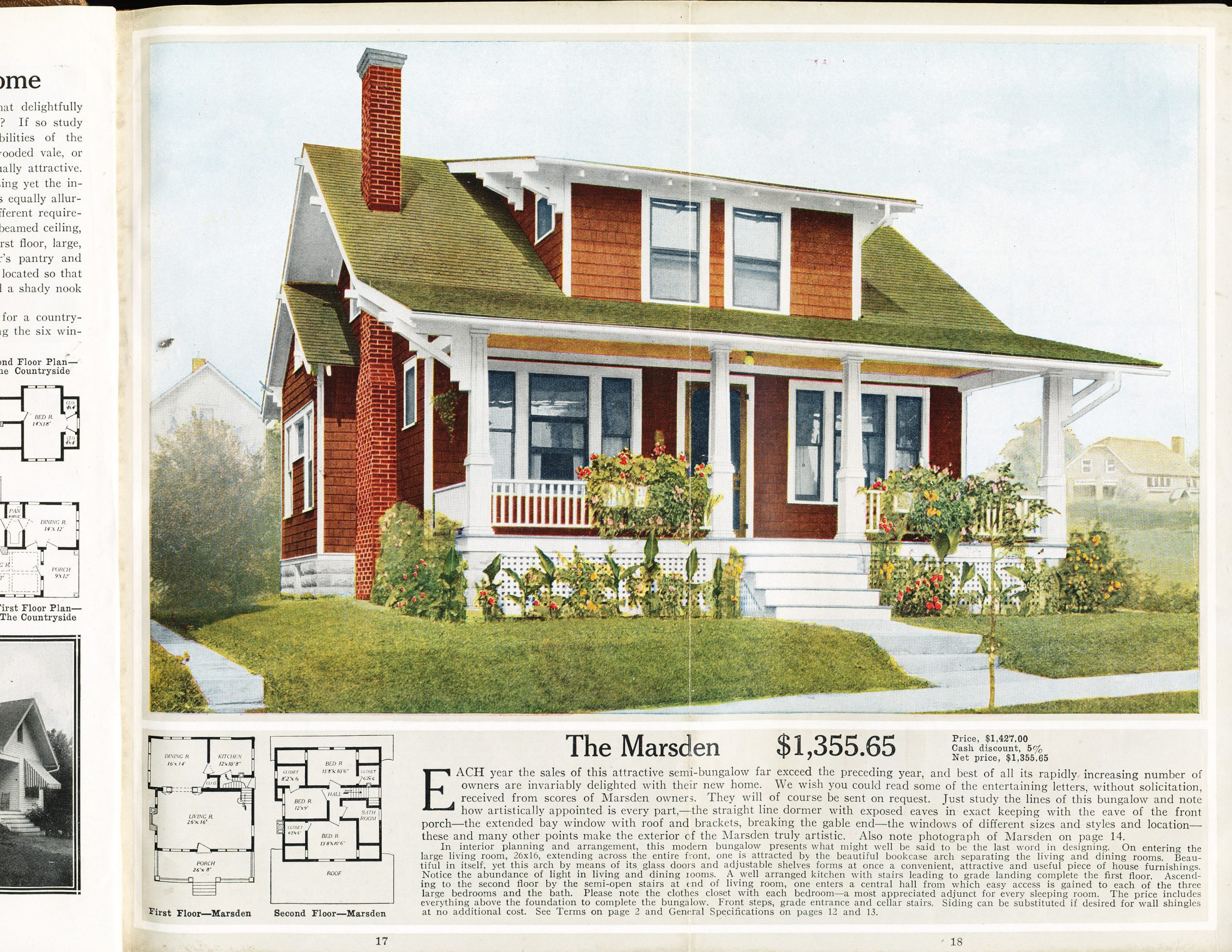 The house in Jacksonville still has the buffet window tucked under the eave. That’s a nice feature that it makes this house easier to identify. It also has those small windows on either side of the shed dormer. 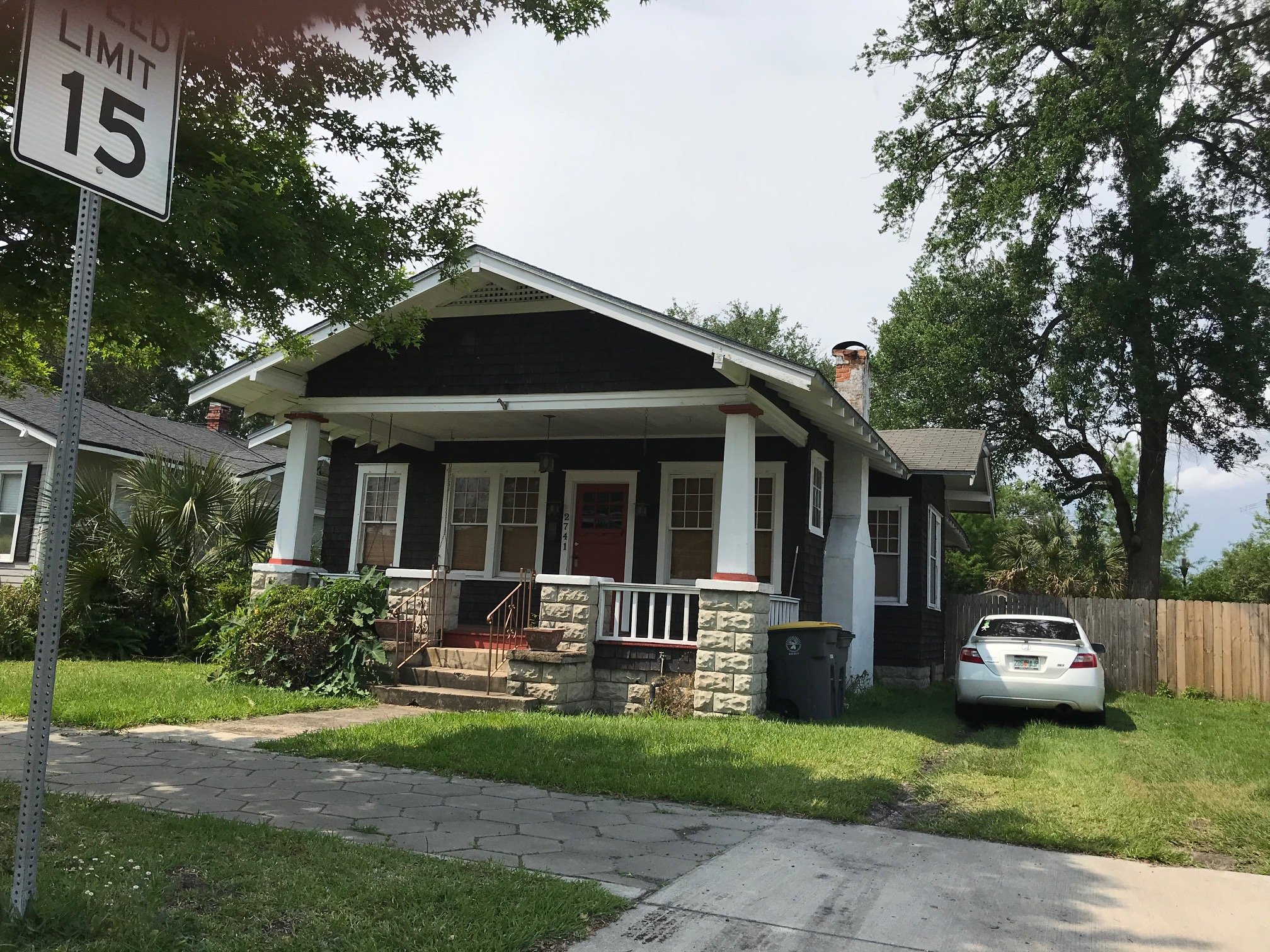 The Aladdin “Winthrop” has four windows across the front. This house has five, but the piece on the side was an add-on, so I am comfortable with identifying this as a Winthrop. It also has the windows on the sides of the dining room bay. 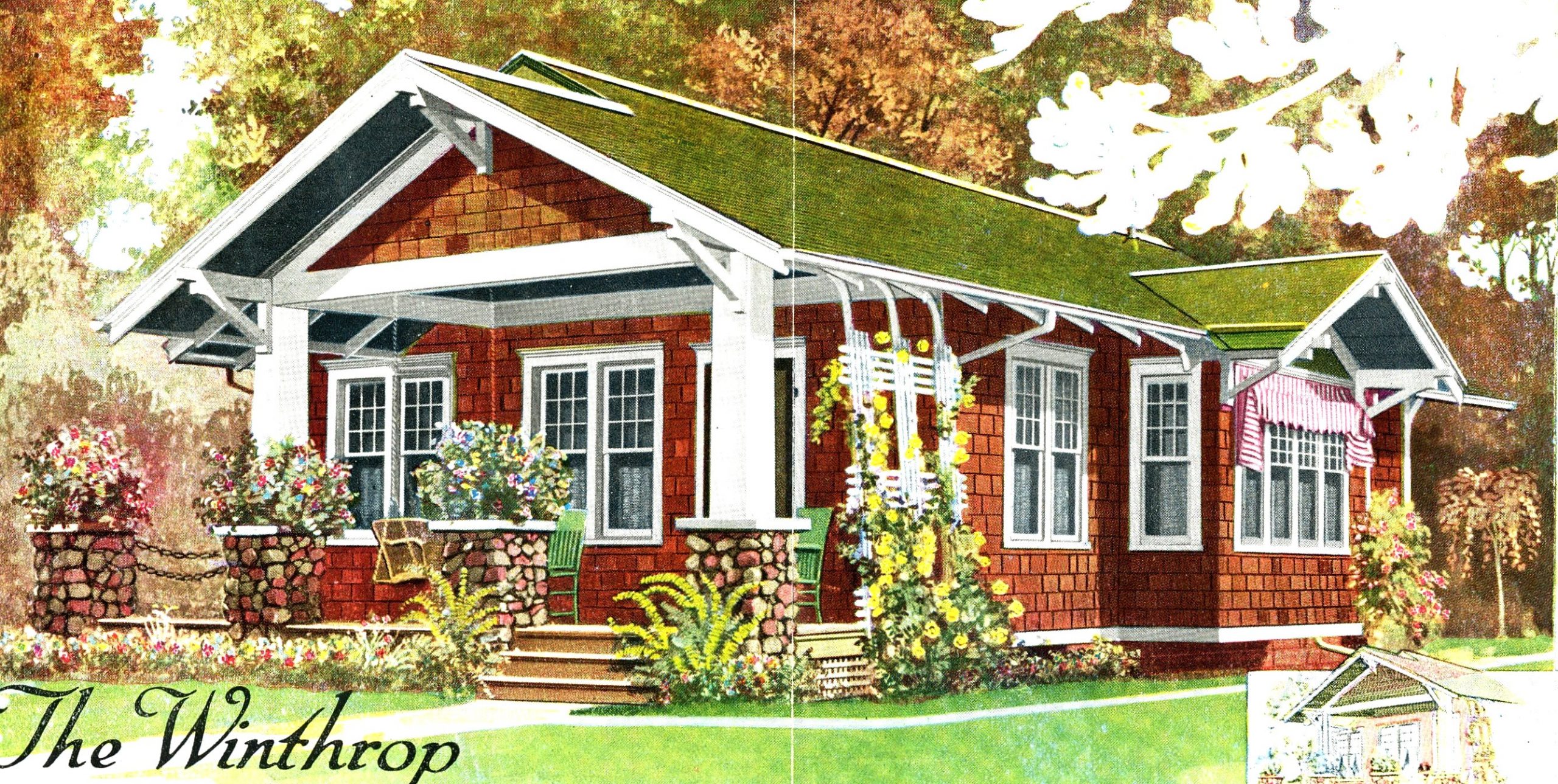 The Winthrop was a popular house for Aladdin. Note those side windows on the dining room bay. 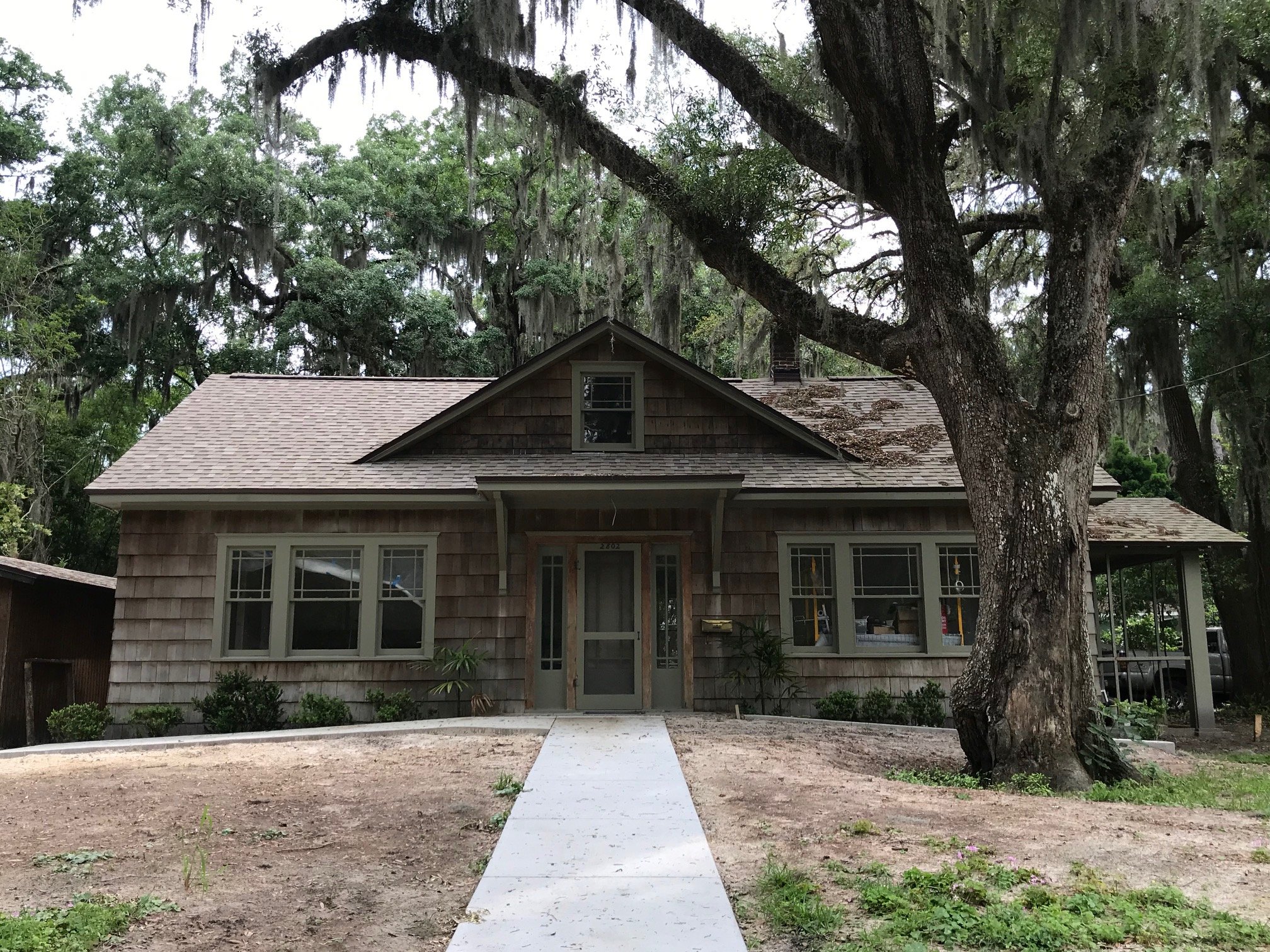 Is this an Aladdin “Cape Cod”? There was also a “pattern book” version of the Cape Cod that is similar, but absent an interior inspection, it’s tough to know for sure. I’d lean toward Aladdin because of its proximity to other Aladdin homes in the area. 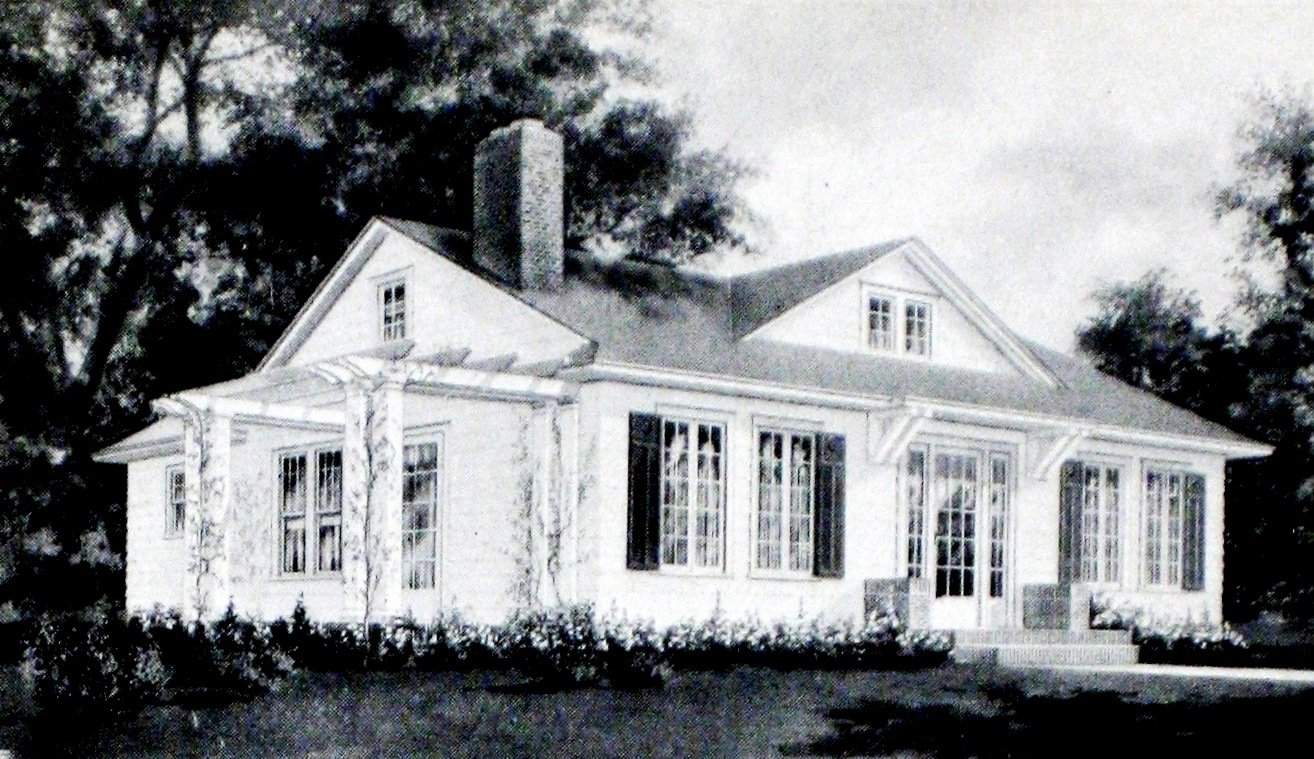 Not a great picture but you can see how close it is to the subject house shown above! And keep in mind, these houses are now 100+ years old. Lots of things can change in 100 years. 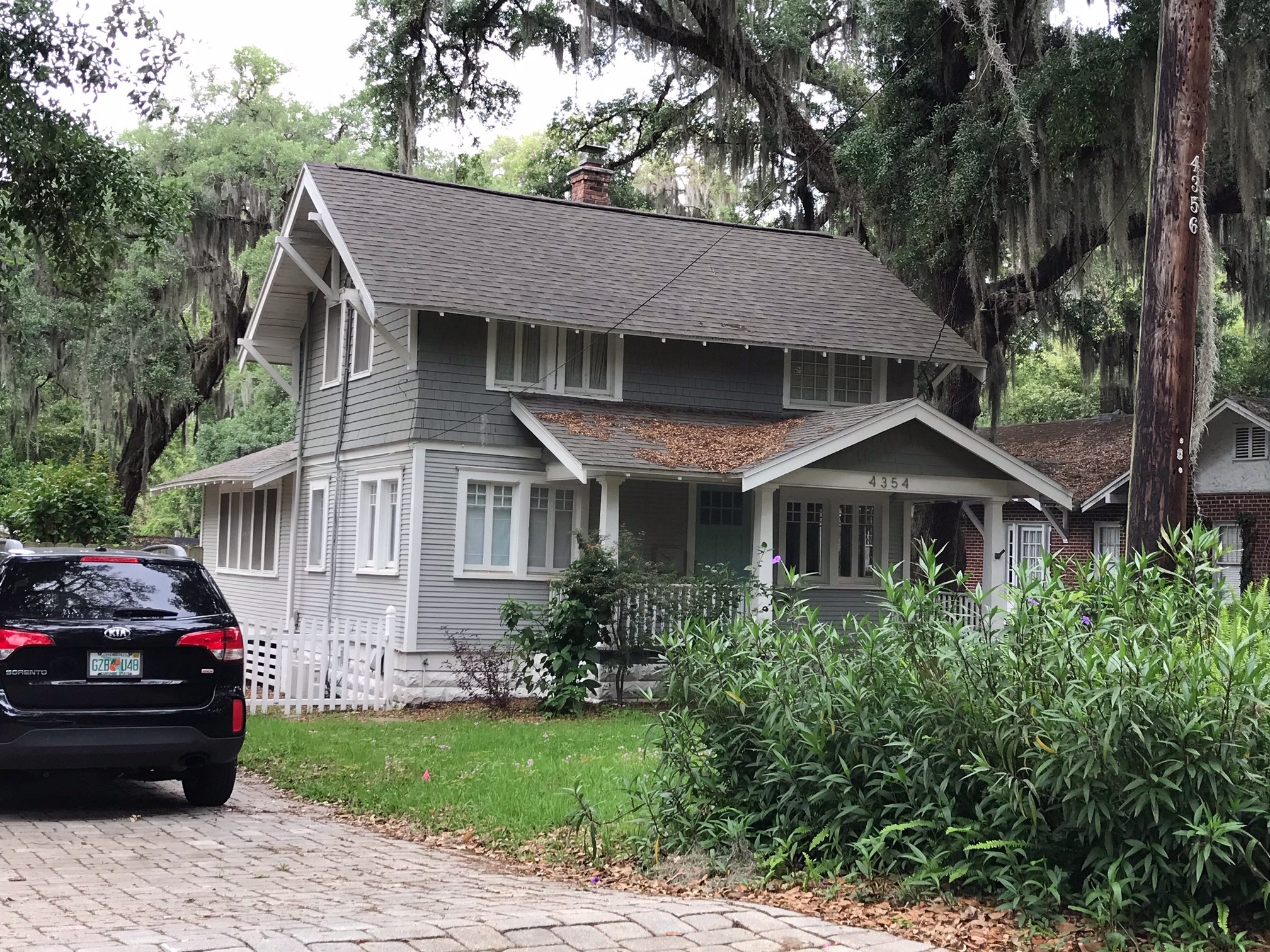 This is just about one of the prettiest Aladdin “Georgias” that I have ever laid eyes on, and it’s within 200 yards of George and Tami’s house. 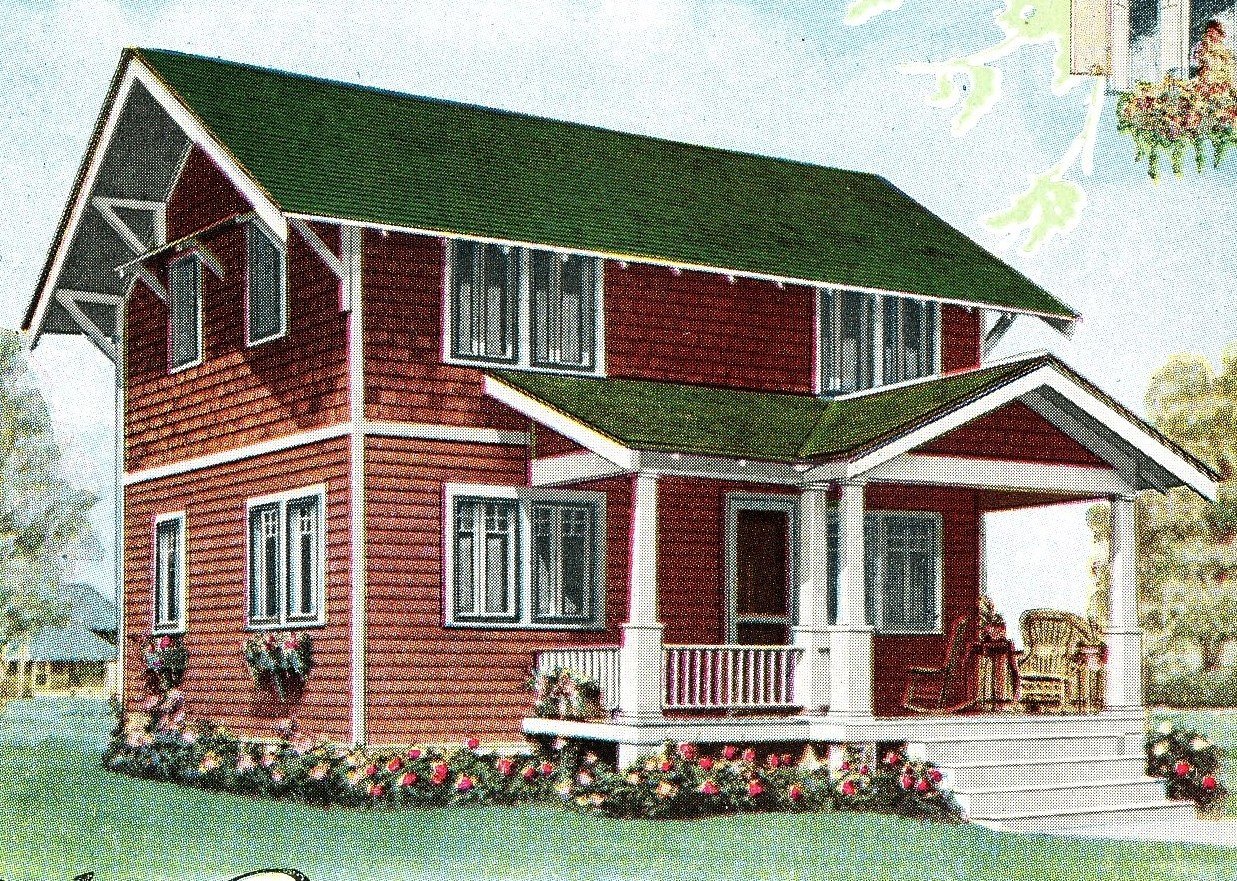 The house in Jacksonville is a perfect match. 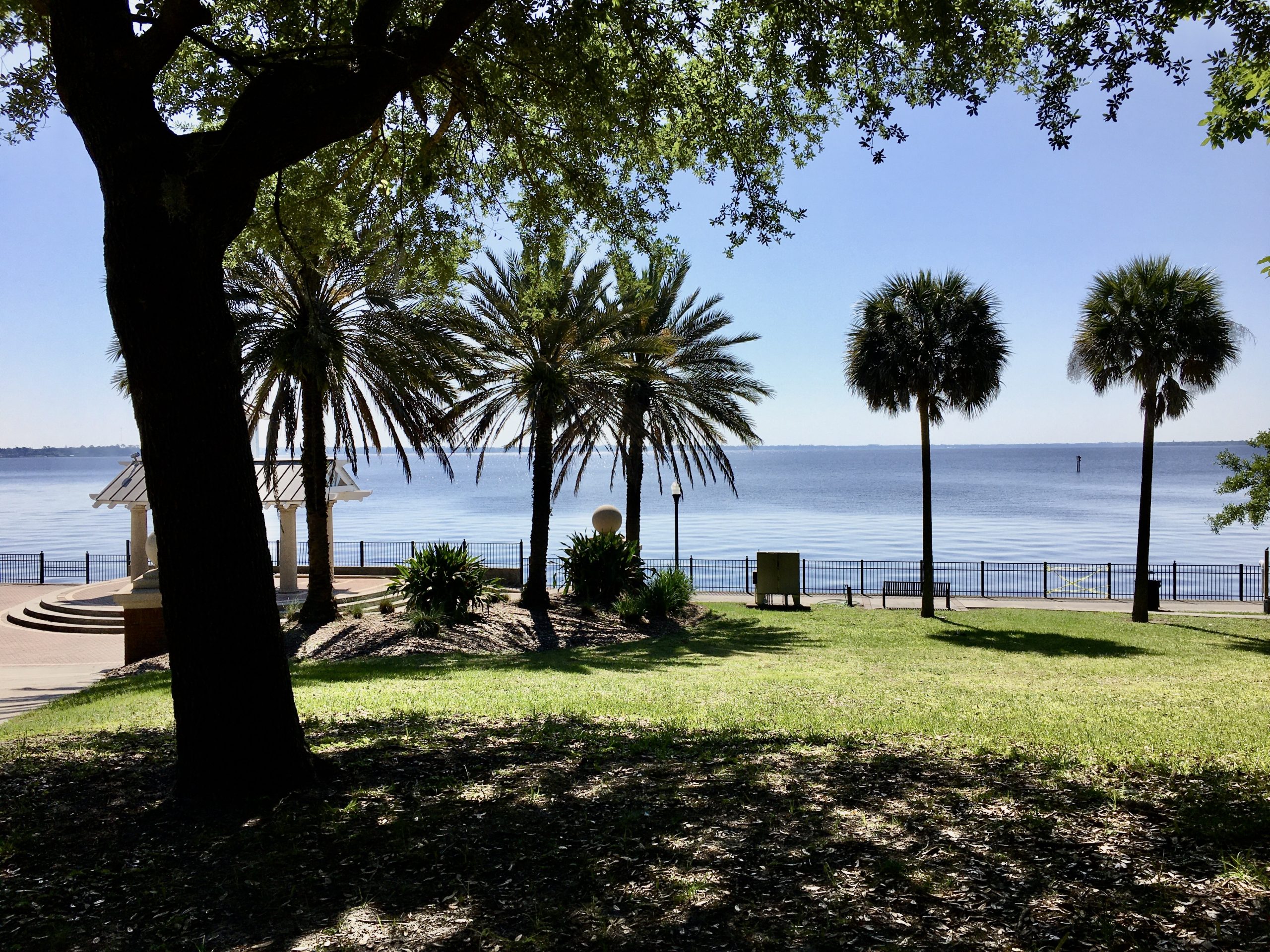 Within minutes of arriving in Jacksonville, I fell in love. It’s a beautiful community filled with waterways and parks and small businesses and bustling restaurants. I’d love to return at some point and do a proper street-by-street survey.

Want to contact Rose? Send her an email at Magnolia2047@gmail.com.