My new life in the Midwest continues to blossom and expand in wonderful ways. As mentioned before, I’m writing a book about my experience in heaven. That manuscript is probably 70% complete and that’s a great feeling. Incredibly, I’ve encountered a few people who flat out don’t believe that I died! I can’t wrap my mind around anyone thinking that this story is contrived. Blood work and other medical tests confirm that I bled out, had a heart attack and died.

After bleeding to death and dying (on September 5, 2018), I was hospitalized for several days. As soon as I got home, I fetched my laptop and started writing down every single detail about the whole experience. I didn’t want to forget a single bit of it.

And now, those notes are very useful in writing a manuscript that details every facet.

A few days ago, I was talking to one of the handful of people who visited me while I was in the hospital. Always the intrepid reporter, I wanted to hear what he remembered about that visit.

The 73-year-old Vietnam-era Marine said bluntly, “I remember it very clearly. I walked out of the hospital room thinking that there was a good chance I’d never see you again.”

He said, “You had a look about you and it wasn’t good. I could tell that you were not well. I saw that look on my buddies’ faces in Vietnam and those were the guys that didn’t make it. I didn’t know if you were going to pull through or not. You were cheerful and upbeat, but you were also confused and disoriented. You looked like someone near death.”

I was gobsmacked. I remember taking a picture of myself when I was in the hospital because I thought that I must look GREAT! I deleted the picture after I saw it.

Later in the day, I asked my buddy Milton what he remembered. Milton and his sister Mable were present throughout this experience. Milton told me, “I know that you were feeling inspired and uplifted, but you looked bad. Mable and I discussed the fact that you might not pull through. We were trying to brace ourselves for that reality, while still praying for a good outcome.”

Mable is the one that got down on her knees in my living room – in Suffolk, Virginia – and prayed for me after the ambulance took me away. She prayed without ceasing until she heard from Milton that I was being hospitalized, and then she came to the hospital and prayed for me! Mable told me later, “When you left here, I knew that you were dying and I pleaded with God to save you. I kept praying that after all you’d been through, God would intervene and keep you alive.”

There were others praying for me as well, and I know – beyond any doubt – that it was prayer that brought me back, whole and healed and well. But I must say, I was a little miffed when I first came back from being dead. I really, really, really liked it over there!

In short, these encounters with people who insist that the whole thing is contrived, are a good preparation for my forthcoming book. There will be people who just don’t believe.

Anna Beam is a little girl who suffered from a terrible, rare illness and in the midst of that, she took a bad fall and had a near-death experience. She says that while she waited to be rescued, angels kept her company and chatted with her. After being rescued and checked out by medical personnel, another amazing discovery occurred: She had been healed of this long-standing illness. It had vanished without a trace.

Her story was made into a book and a movie (“Miracles From Heaven”), and Anna also realized early on that some people wouldn’t believe her story. She told her mother, “That’s alright, Mom. Not everyone is gonna believe. And that’s OK. They’ll get there when they get there.

I think about that quote a lot and it always brings me comfort.

And now, it’s time to find a literary agent who can help me share my story with a broader audience. If anyone has any insider information or out-of-the-box ideas, I’m all ears! 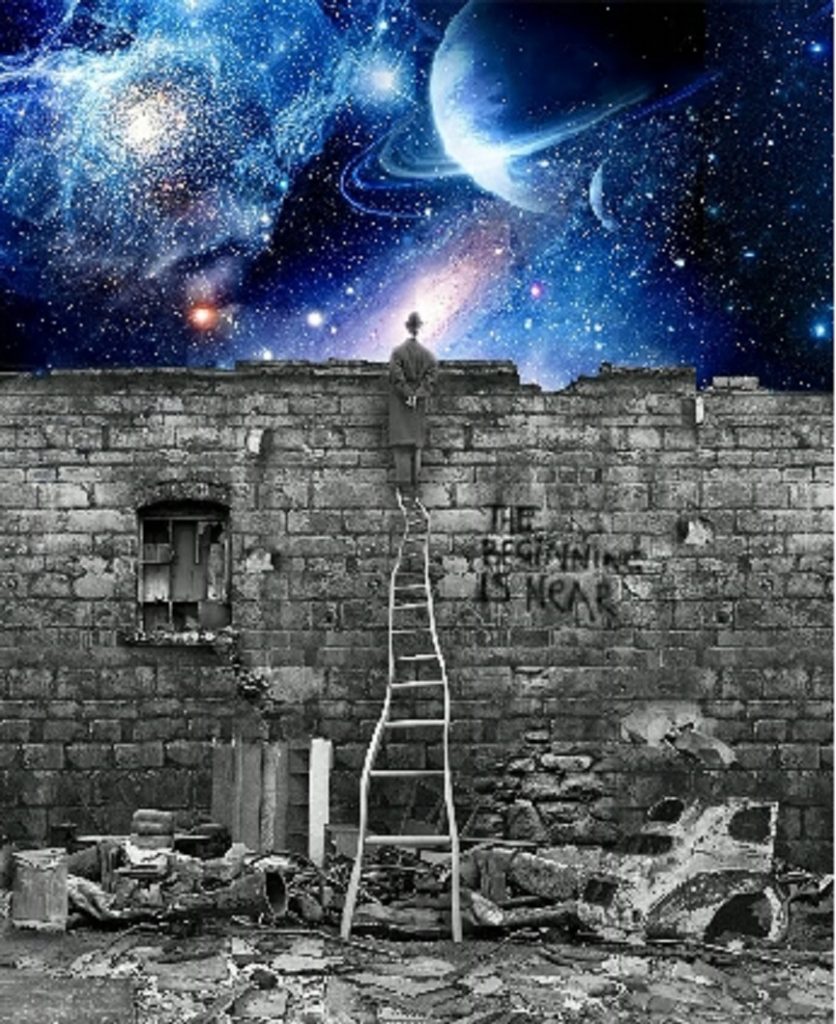 “The beginning is near.” I love this image and all it represents. It sums up my own visit into heaven beautifully. I have peeked over the wall and was given a glimpse of heaven. 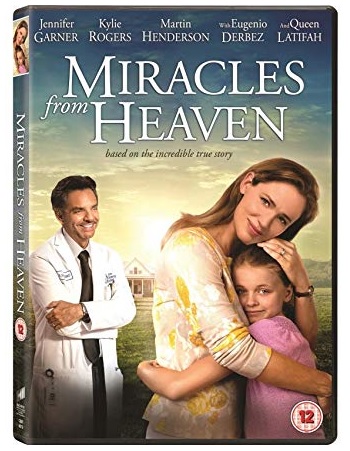 In this 2016 movie, Anna Beam takes a fall and has a near-death experience. When she’s examined later, it’s found that she’d been healed of a life-threatening disease.