An Aladdin “Colonial” in Lynchburg!

Years ago, I did a survey of kit homes in Lynchburg but apparently, I missed a couple.

Earlier this week, I was in Lynchburg for other reasons, and on my way to an appointment, I made a wrong turn and stumbled upon two beautiful Aladdin kit homes, literally across the street from each other.

The houses are on Brevard Street, and prior to yesterday’s “excursion,” I’d never been through that neighborhood.

While Sears Kit Homes are more well known, Aladdin was actually a bigger company. Sears started selling kit homes in 1908, but Aladdin began two years prior. Sears was out of it in 1940, but Aladdin remained in the kit-home business until 1981. As a newly married woman, I remember studying the pages of the 1978 Aladdin catalog, dreaming of building my own home with my handy husband.

These kits came by boxcar (usually) in 12,000-piece kits, and the instruction books were more than 70 pages long. Sears promised that a “man of average abilities” could have the house completed within 90 days.

The Aladdin Colonial, as seen in the 1916 catalog.

Located on Brevard Street, this house has been through a lot of insensitive remodeling, but it's still standing. I don wonder who thought it'd be a good idea to remove the porches.

And just on the other side of the street is this Aladdin Pomona (complete with a 1980s trash can in the front yard). The house is in wonderful condition, but I was heartsick to see that the original windows - with diamond muntins - were tossed out at some point. What a pity. 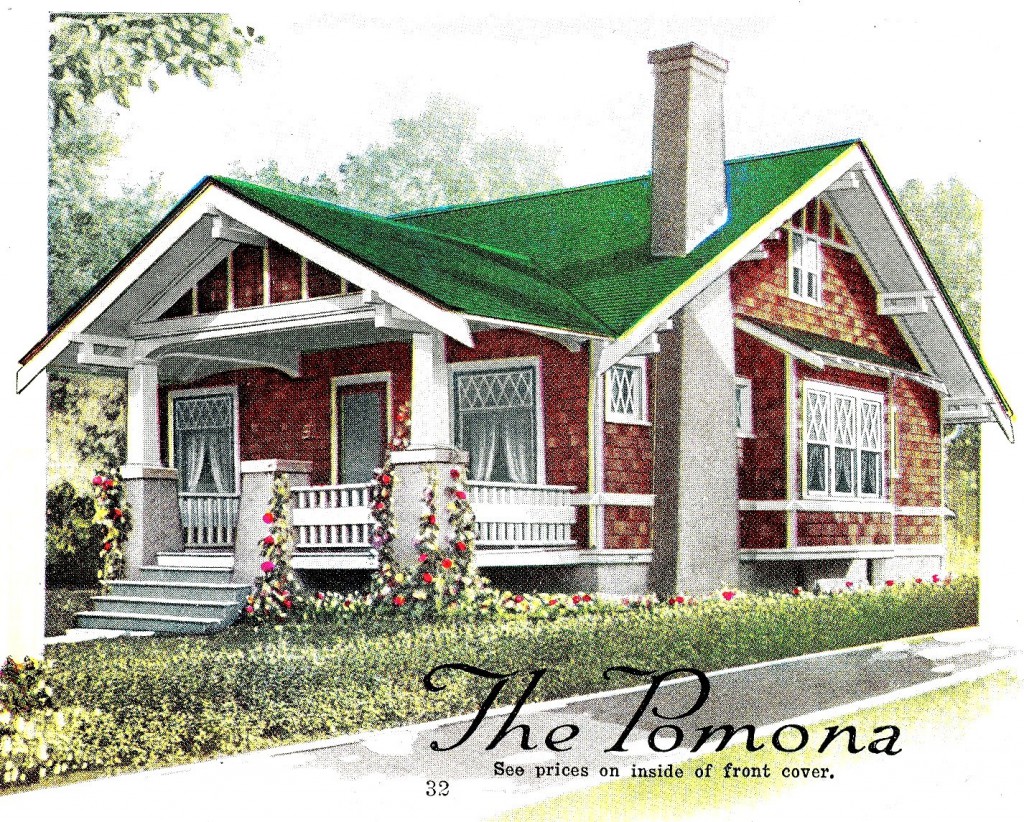 The Pomona, as seen in the 1919 Aladdin Homes catalog. Those windows are what make the house.

Roanoke Rapids, NC is filled with Aladdin Homes, from the simple to the grand. This Colonial retains that distinctive half-round front porch.

Another view of the Aladdin Colonial.